To the editor-in-chief and editorial team of "Ukrainian Pravda"

The editors of the publication "Ukrainian Pravda"!

Allow me to take this opportunity to express my gratitude for your work covering events in and around Ukraine.

Previously, I often and publicly recommended your publication (among others) as an example of systematic and creative work in the Ukrainian information field, good awareness of the processes of behind-the-scenes politics.

At the same time, unfortunately, in Serhiy Sydorenko's article "How Medvedchuk's "pro-European" team returns to business in Chernivtsi. And not only?" https://www.eurointegration.com.ua/experts/2022/05/6/7138969/ - published misinformation that harms our country.

1. Intentional or not, the author of the publication's attempt to disrupt the National "RE: Location of Chernivtsi-2022" clearly and absolutely does not correspond to the national interests of Ukraine regarding the evacuation of Ukrainian enterprises from the occupied territories and the war zone. However, this is in the interests of the aggressor country - the Russian Federation, as it contributes to the abandonment of Ukrainian business in the occupied territories and its capture.

The Ukrainian Institute of Politics already has considerable and important experience in the relocation of Ukrainian enterprises to regions of Ukraine unaffected by the war. This experience is appreciated by members of the business environment and works for the good of Ukraine.

2. The facts show that neither I personally nor the Ukrainian Institute of Politics have ever cooperated with either V. Medvedchuk or his party, and we in this regard:

2.1. We have made ANNUAL official statements since 2017 - https://ar.uiamp.org.ua/oficialnoe-zayavlenie-oo-ukrainskiy-institut-an…, https://uiamp.org.ua/oficialnoe -zayavlenie-oo-ukrainskiy-institut-politiki-0 (examples). Corresponding official paper letters were also sent to "Detectormedia" and "TextyorgYUA", to other media and organizations. All this was done publicly. What do you think - if we would have received at least 1 penny from V. Medvedchuk or his party, would they have allowed us such a long and public distancing? Of course not.

2.2. It should be understood that in recent years I have personally participated in thousands of telecasts on almost all Ukrainian channels without exception - ICTV (more than 20 times only in the program "Freedom of Speech" for 2015-2017), "Nash", "Rada", "Pryamiy", "Espresso", "Radio Svoboda" ... - including those whose owners and editors are extremely critical of this political figure. On average, there are more than 200 comments every month, in which you can find the characteristics of the activities of any Ukrainian politician.

In these broadcasts, you will not find PR for V. Medvedchuk or anyone else from my side, but only dry political analysis, which is what a political expert should do. Could this be the case if there was cooperation between us? NO.

Most of the UIP experts were generally on "black lists" on information channels affiliated with the OPZZ.

2.3. Elections are a marker for the work of consulting structures and experts. Pay attention to which political forces were consulted by UIP experts in 2019, whose events and congresses they attended - many, but not OPFL. You could meet me personally at the events and in the processes of the direct and fiercest opponent of OPFL - "OppoBlok". Would it be possible if we or I received funding from the OPFL. Obviously NOT.

4. I was and remain an ardent supporter of democracy, I believe that this is the strength and future of Ukraine. That's what I was taught at the International Helsinki School of Human Rights, and that's what I've taught other people at the hundreds of human rights trainings I've read over the years. As part of this part of my work, until 2014, I consulted about 20 People's Deputies of Ukraine, representatives of vulnerable groups, ethnic, linguistic, religious, and social minorities.

But that was a different time. When I was published on UP, the 5th President of Ukraine was a Minister in the Azarov Government, and the People's Deputy V. Kolesnichenko mentioned in your publication was published 208 times on "Ukrainian Pravda".

However, since 2014, we have not maintained any communication with V. Yanukovych's team that escaped from Ukraine.

5. From the first day of the criminal Russian invasion of Ukraine, I have personally and publicly condemned it on the airwaves of many Ukrainian and international media as a crime and madness. Since 2014, the UIP team and I have been personally engaged in a number of important projects that strengthen Ukraine's defense capabilities and reduce the scale of the humanitarian crisis. "Ukrainian Pravda" also wrote about some of these projects on its pages.

Statements regarding our ties with V. Medvedchuk are simply part of the company's disinformation about UIP and me personally, the source of which is dirty competition and envy. After all, UIP is one of the largest and "non-court" analytical centers of Ukraine (27 analysts and experts), which has won a place on the market and recognition through hard and long-term work of the team. UIP experts have different political views (from right to left), ethnic origin, religious affiliation, but all of them are citizens of Ukraine and patriots, none of them was born "with a golden spoon in their mouth" or is not lobbied by any of the "big ones".

The assertion of collective responsibility and the crossed-out logos of famous international donors of Ukraine in Serhiy Sydorenko's publication are generally outside the framework of law and culture. These organizations deserve more respect for the enormous help they provide to Ukraine, and journalists should be aware of their mission in society and not become mouthpieces of harassment and persecution.

I am convinced that the "UP" pages are also not a place where personal accounts should be settled. Unfortunately, in 2012, the Assembly meeting with my participation did not include S. Sydorenko in the People's Council under the Ministry of Foreign Affairs, and since then, he has lost objectivity in covering my activities and the activities of the UIP. Therefore, covering the organization of the National Relocation Forum, he did not even try to get a comment and clarifications from us (as from its organizers), which led to numerous factual errors in the publication and misinforming the readers of UP.

Of course, this entire letter makes sense only if the specified publication was the result of poor communication, errors and inaccuracies, and not intentional.

In any case, we are convinced that at a time when our country and people are now fighting for their right to exist, and Russian troops are looting our cities and villages, any work that deepens contradictions and conflicts in society will lead to discord and the destruction of social ties, provokes internal hatred and is not good for Ukraine.

Now is the time to unite Ukrainians of different views, which is called for by the President of Ukraine, Volodymyr Zelenskyi, and the entire history of our country speaks of its glaring necessity. 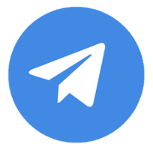